The Rise of The Gig Economy 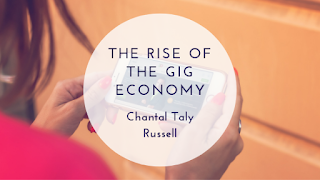 TalyRussell.com
There are estimates that 50% of workers will be engaged in freelance work by 2020. The gig economy made up only 10.5% of the workforce in 2005, and it has only grown from there. In this article, we will explore some aspects of the gig economy such as, why the gig economy has been growing since 2005 and who exactly makes up the gig economy.

Why Has the Gig Economy Grown?

Simply stated, advancements in technology has allowed for the rise of the gig economy. There is now the ability to connect companies with people who will do work remotely with a few keystrokes. There are now apps that allow for real-time services like Uber and Lyft that have contributed to the rise of the gig economy. The demand for services like Uber fluctuates. The way Uber and other gig-like companies are set up is that someone who has been approved by Uber can choose when to participate in this business model at any point in time.
The gig economy can also be a way to save money for employers. Employers do not have to pay gig workers any benefits through the work that they do. Those benefits become the responsibility of the gig worker. Therefore, there are no costs for health insurance, vacation pay or retirement plans that accrue to the company.

Who Works the Gig Economy?

With the lack of benefits provided to the vast majority of gig workers, it might seem that all such workers are poorly paid and poorly educated. This is not necessarily the case. Some gig workers who make deliveries or complete quick tasks on the Internet might not have many marketable skills. However, there are some consultants who are technically a part of the gig economy and who can make a very impressive amount of money for performing important tasks for companies.
There seems to be a growing number of younger workers who actually prefer working in the gig economy. These people appreciate freedom, and the gig economy gives them the opportunity to work when they need to and take time off when they need to. Therefore, those who like to travel and those who like flexible scheduling and opportunities for working remotely are more likely to actually sign up to work in the freelance arena.
Increasingly, older workers are also entering the gig economy. Many workers in their 50s and 60s are concerned they’ll have little available for retirement. Taking on a few gigs outside of their normal jobs is a great way to earn some money that can go into a retirement account. The gig economy has definitely grown in recent years, and it’s likely the trend will continue into the foreseeable future.
Business Chantal Taly Russell Entrepreneurs HR Human Resources Leadership Taly Russell Work
Location: New York, NY, USA

Popular posts from this blog 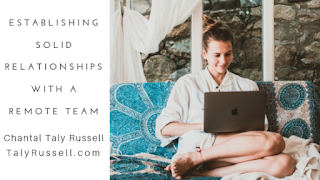 TalyRussell.com Having a remote team of workers for your company has a lot of benefits. Remote workers have been shown to be more productive. It’s less expensive for companies to have remote workers instead of housing them in an office. However, there are many benefits to having a team that knows how to work well together. That has built relationships between them. Close working teams also have increased productivity. Workers who feel socially connected to their jobs are more likely to stay loyal to a company and change jobs less often. So the question is, how to reap the benefits of remote workers, while also creating a close team? It’s up to the manager of a team to lay the groundwork for team success. Luckily, there are many things you can do once you set the goal in mind to  build relationships with remote workers . Be Accessible And Encourage Your Team To Do the Same This doesn’t mean you need to answer every message immediately 24 hours a day. What this means is th
Read more

Surrounding Yourself With Your Dream Team 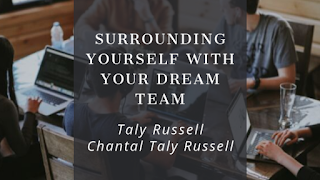 TalyRussell.net Becoming successful in any business requires you to have a team of professionals that you can rely on. The people working with you to achieve any goal are going to be fundamental in your overall success. Choosing the right people to work with can be a lot trickier. If you are looking for your dream team, you need to be very particular about who you let into work with you. This article will talk about how you can find professionals that will contribute just as much effort and passion towards success as you do.  Start Small Driven and successful people could be all around you. It is your job to seek them out and establish a good working relationship with.  Start by looking at your established connections in and around your community.  See if there are any close friends or even family members that you could work well with and are driven to success. If you do find local professionals that you are interested in recruiting for your team, the next step is to gather yo
Read more 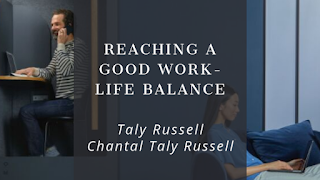 TalyRussell.net Being dedicated to your profession is never a bad thing. Having drive and passion for what you do is always good and will get you far in your professional career. Difficulty arises in these situations when work-life entirely consumes and takes over your personal life. Working non-stop with no downtime to recuperate will ultimately result in burnout. The key to living a successful life in both your career and your personal life is to strike a balance between the two. If you are a driven entrepreneur, this can be difficult to do, but it is essential in ensuring long-term success and maintaining your mental health. We will explore some ways in which you can create and maintain a healthy work-life balance.  Discipline A fundamental concept in sticking to your work-life balance is having discipline over yourself.  Establish times for yourself that you are completely away from work -related tasks, so you have time to relax and be fresh for the day ahead of you at wor
Read more